"All the best teachers in my life have been grace-givers."
Francis Su
The Lesson of Grace in Teaching

December 8, 1980.  Monday morning, last week of classes in the fall semester of my sophomore year at the University of Pennsylvania.  I'm heading to my Intro to Law class in Deitrich Hall, but torts and contracts were the last things on my mind.  Truth be told, I was taking the course only as a favor to my dad, who at the time harbored a misguided notion that I might one day go to law school.  But nothing about the subject interested me.  My grade was barely passing, and I had cut the previous two weeks.  My plan was to make the last session, find out when the final was, get the notes from someone in class, squeak by, and call it a day.
As I said, the class was the last thing on my mind.  After months of waiting, the day had finally arrived.  That night I was going to see Bruce Springsteen in concert for the first time.  A New Jersey boy born and raised, I was (and remain) a big Springsteen fan.  The double-album The River, his long anticipated follow-up to the intense and moody Darkness on the Edge of Town, had just been released.  I remember sitting with my roommate Cliff in our dorm in High Rise South, listening to WMMR as they previewed each cut.  It was a new Bruce, with a new sound: Hungry Heart and Cadillac Ranch; The Ties That Bind and Out in the Street.  We loved it all. We wore out the grooves in the vinyl.  He was touring behind the album, and we got tickets to see him at The Spectrum.  December 8, 1980. 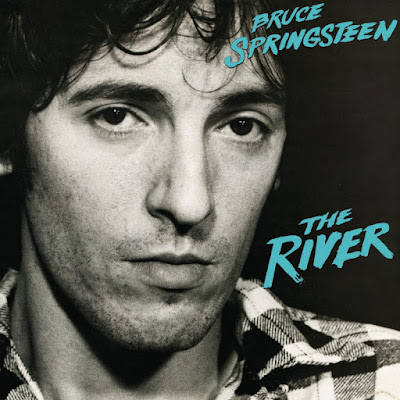 From the moment I walked into the hall, I knew something was wrong.    There was a tension in the air, not the normal, casual talk of students getting ready for another lecture.  The professor, a practicing attorney named Frederick G. Kentin, was helping some TAs pass out blue books.  Blue books?
"What's going on?" I whispered to a nearby classmate.  She told me that the final had been pushed up to today.  Professor Kentin had announced it during class two weeks ago, and the past two weeks had been spent in preparation.  Two weeks of classes that I had cut.
I started to panic.  I was totally unprepared.  Taking the final at that moment meant certain failure.  But what to do?  As the blue books made their way through the room, I approached the professor and told him that I needed to talk to him.  Maybe the look on my face told him all he needed to know.  He told me to go outside and wait.
Sitting on a bench outside Deitrich Hall, waiting for Professor Kentin, I decided on a course of action.  I wasn't going to make up any excuses.  I would come out with the truth, put my fate in his hands, and deal with the consequences.  Life was still good, right?  No matter what happened I was still going to see Bruce!
I'm not sure how long I spent sitting on that bench, but eventually Professor Kentin joined me.  Embarrassed and ashamed, I explained everything.  He spent a few moments looking over a grade book.
"You know you haven't done all that badly this semester,"  he told me.  "It would be unfortunate if your grade was ruined because you were unprepared for the final.  Why don't you take a few days to study, and then come to my office in Center City.  You can take the final there."
I breathed a tremendous sigh of relief, and thanked him profusely.  That night I saw Bruce for the first time, and it was all I could have hoped for and more.  The evening, however, was a tragic one.  When we got home from the show we found out that John Lennon had been shot and killed outside his apartment building.  December 8, 1980.
Later that week, sitting at a big table in a conference room at his downtown office, I took Professor Kentin's Intro to Law final.  I passed, and got a C for the class.  I never saw him again.
I've thought about that moment often, and I've retold the story many times.  But it wasn't until last year, when I came across Francis Su's profound meditation The Lesson of Grace in Teaching, that I understood its meaning, and the important lesson that Professor Kentin taught me.


In the essay, which is derived from the lecture he gave upon accepting the 2013 Deborah and Franklin Tepper Haimo Award for Distinguished College or University Teaching of Mathematics, Su describes the life-altering experience he had when, as a struggling graduate student in pursuit of his PhD, he changed advisors.  Even though it meant starting over in a new area, he chose Persi Diaconis, a teacher who had, several years before,  shown him a small act of grace.  While taking one of his classes, Su had asked for an extension on his work because his mother had died.  Diaconis offered his condolences...and then took him out for coffee.  He never forgot this, "simple act of kindness, of authentic humanness."  And when it came time to choose a new advisor, he picked Diaconis.  Su writes,
"Knowing my new advisor had grace for me meant that he could give me honest feedback on my dissertation work, even if it was hard to do, without completely destroying my identity.  Because, as I was learning, my worthiness does NOT come from my accomplishments.  I call this : The Lesson of Grace."
Professor Kentin had shown me grace.  And while the act did not transform my life in the way Diaconis's act transformed Su's, I want to honor Professor Kentin this year during Teacher Appreciation Week for reminding me how important it is to show grace to our students.
"Sure, good instructional techniques are necessary for good teaching, Su explains,  "But they are not sufficient.  They are NOT the foundation.  Grace-filled relationships with your students are the foundation for good teaching because it gives you freedom to explore, freedom to fail.  Freedom to let students take control of their own learning, freedom to affirm the struggling student by your own weakness.  Grace amplifies the student-teacher relationship to one of greater trust in which a student can thrive."
I wish a wonderful week to all my amazing colleagues: in my school, in my district, in my virtual faculty lounge, and all over the world.