The Return of Practice Standard #6 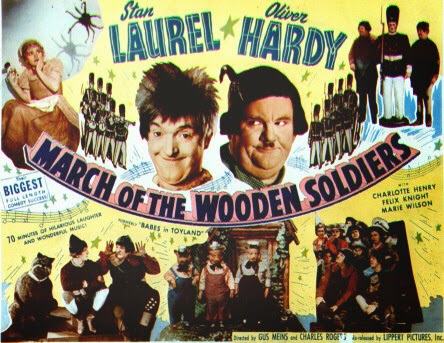 I have documented the importance of Practice Standard 6, Attend to Precision, in a previous post.  In that case, the failure to demonstrate proficiency led to disastrous consequences.  Here, it's a different story.
Early on in the movie, Santa comes to Toyland to check on his Christmas orders.  The irascible Toymaker asks Stan and Ollie, two of his bumbling employees, to bring out the wooden soldiers Santa has requested:

Toymaker (turning to Santa): Isn't it wonderful?  It does everything but talk!

Santa: Wonderful, yes, but not what I ordered.

Toymaker: What do you mean?

Toymaker: What? (turning Stan and Ollie, disapprovingly): You took that order!  What was it?

Stan (sheepishly): I thought you said 100 soldiers at 6 foot high.


Lack of attention to precision leads to their getting fired from their jobs!   However, as we all know, the 100-strong regiment of 6 foot tall wooden soldiers save Toyland from the invading boogeymen.

Is the lesson that sometimes our mistakes lead to providential outcomes?  I'll leave that up to you to decide.  In the meantime, Happy Thanksgiving everybody!

Mr. Whalen Goes to Chicago: A Problem in 3 Acts

By now you all know that Mr. Whalen is a talented teacher.  But what you don't know is that he is an accomplished long-distance runner!   I suggested he use his recent participation in the Chicago Marathon as the basis of a 3-act with our fifth graders, and, well, he ran with it.

Rich explained that they were looking at a photo taken of him running the Chicago Marathon, and that for the next few periods they would be working on finding the answer to one of their questions.  That set the stage for...

He asked both classes what they thought they would need to know in order to figure it out:

Rich and I looked over their requests.  We decided to give them most of what they wanted, and would wait to see if they could separate the essential from the non-essential.

But before they got started, we wanted them to make an estimate.  In  order to give them some frame of reference, he showed them the following: a time-lapse video of the entire 26.2 mile course.


The kids sat back and watched.  As the video progressed, the kids began to make some observations and comments...


...and when it was over they had a much better sense of the length of the course, which they were able to translate into some quite reasonable estimates.  One student justified her thinking by explaining that her father had run a half-marathon in 1 1/2 hours, which she doubled to get an estimate of 3 hours.  Another student explained that he had run a mile in about 10 minutes, so figured Mr. Whalen's time at about 260 minutes, which he converted into 4 hours and 20 minutes.
We let them work for a while, then called for a mid-workshop interruption.  We had noticed that most groups had started in on the problem by attempting to find the elapsed time between his start and finish, but we were interested to know what information they felt was not useful.  Most students agreed that the total number of runners (40,802) was unimportant, but one student disagreed: "Maybe they all got in Mr. Whalen's way and made him run slower!"  A minor dispute erupted over the significance of his coming in 7,230th place overall. That's when I overheard one student whisper to his neighbor,
"That's bad.  But don't tell Mr. Whalen."
"No it's not," his neighbor responded.  "Actually it's good!"
We let them get back to work, and the answers began to roll in:

Clearly they could not all be right.  The most common mistake was treating his times, 11:16:58 and 7:35:08, as whole numbers that could be subtracted following the normal regrouping rules:

After about a period and a half of work, the kids began to realize that the elapsed time number line they had explored last year was the better option:

Understanding why operating with time does not always yield the same results as operating with whole numbers was a very difficult concept for many of the students to understand.  Even after repeated explanations, I could tell that their knowing nods and comments of, "Oh yeah, now I get it!"  were not sincere.  Rich and I decided to revisit this in the future, perhaps with an "Always, Sometimes, Never" activity, or another problem solving project that would have elapsed time embedded within.
Yet overall we were pleased with the 3-act, and there were some side benefits to the project, including:


Posted by Joe Schwartz at 3:58 PM No comments:

Number Grids and Number Lines: Can They Live Together in Peace?

"Numbers do not just evoke a sense of quantity; they also elicit an irrepressible feeling of extension in space."
Stanislas Dehaene, The Number Sense: How the Mind Creates Mathematics, pg. 69

There's one hanging in every kindergarten... 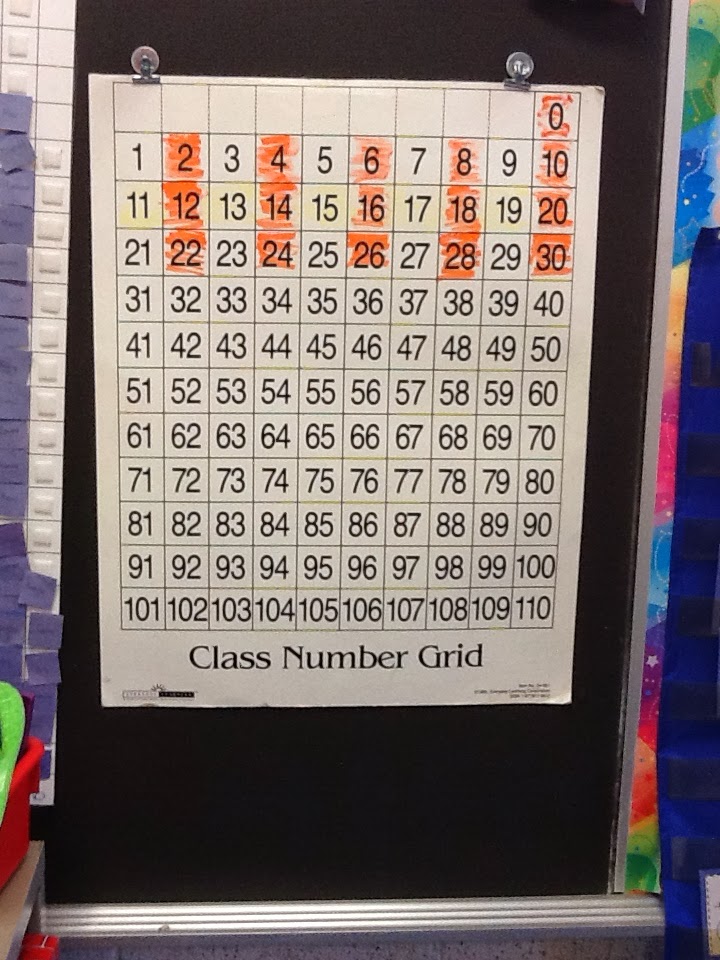 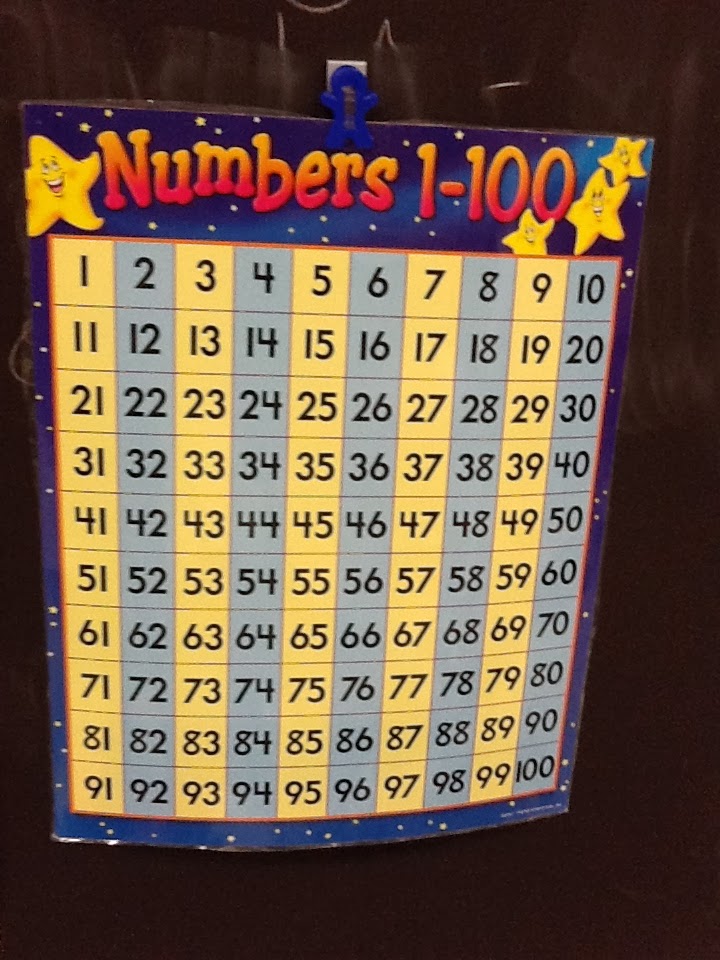 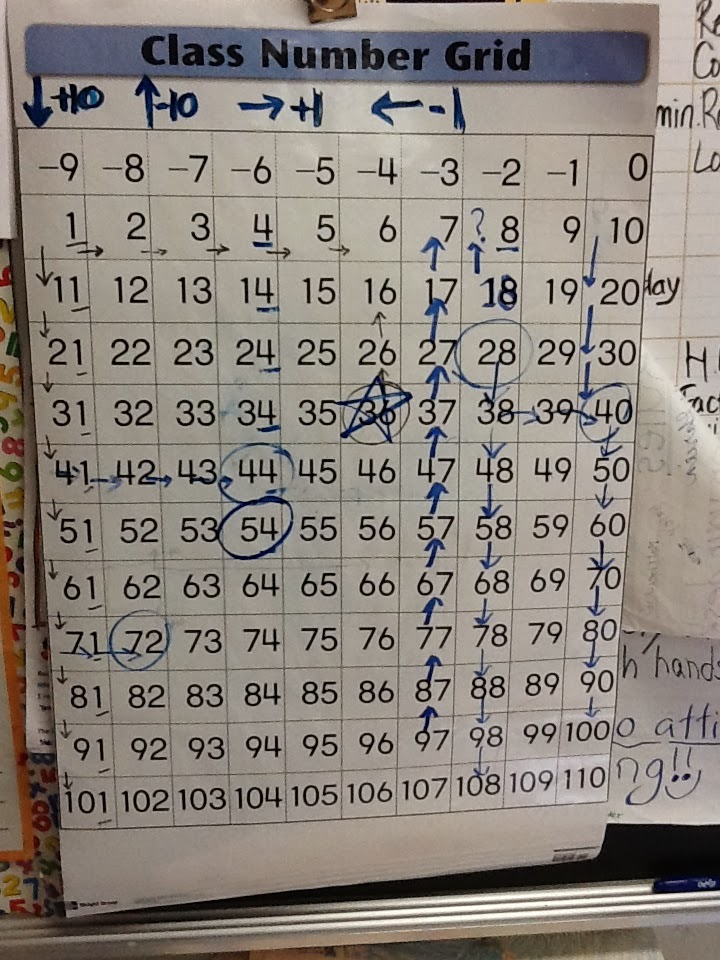 classroom in my school.  Yes, the ubiquitous "Class Number Grid".  These grids hang out with big number lines on classroom walls:

And are often seen in smaller versions going hand in hand on desks:


But how do number grids and number lines exist in the minds of the students?  How do students see the numbers arranged and extended? Can multiple conceptions exist in their minds at the same time without conflict?
The kids use number grids to do exercises like this:


I had tried this out last year with one of my basic skills students, and liked the results.  This year I had the entire second grade give it a spin.  The more they played, the more their grids filled up with numbers, and those numbers became benchmarks for empty squares.  Looking for a way to help them see the relationship between number grids and number lines, I had them try something different:


This was a different kind of experience.  Instead of simply moving "down" to go +10 and +20, the kids had to move to the right.  It was interesting to see how they worked.
I was happy with how this activity played out, although the number lines were long, and finding room to play became an problem (some kids went into the hallway).  Then there was the issue of storage:

I decided to try the experiment out in third grade with Capture 5:


However I couldn't resist adding in an estimation challenge:
How long do you think the number line will be once we put it together?


I asked the kids to comment on the difference between playing on a number line as opposed to a number grid.  Some reflections:

So what's next?  Graham Fletcher has written about the potential benefits of "upside down"  grids, another way for kids to conceptualize how numbers can be arranged.   How about playing on a vertical number line?  Could we adapt games like Capture 5 and the Number-Grid Game for play on a yardstick, tape measure or meter stick?  A thermometer?  Will this cause confusion or help build number sense?  And is it possible that some of our students see numbers in ways we cannot imagine?


"Though a majority of people have an unconscious mental number line oriented from left to right, some have a much more vivid image of numbers.  Between 5% and 10% of humanity is thoroughly convinced that numbers have colors and occupy very precise locations in space."
Stanislas Dehaene, The Number Sense: How the Mind Creates Mathematics, pg. 71


Posted by Joe Schwartz at 5:18 PM No comments:

Bill (and Phil) and Me

I am not an autograph hound.  However I have amassed a pretty cool collection of signatures over the years, mostly from the world of sports and literature.  Here's a sampling:


But I am really excited about the most recent addition to my collection:

I met Phil Daro and Bill McCallum at the recent AMTNJ  conference.  The document they co-authored (along with Jason Zimba), has been the subject of  intense and heated debate, both in the political arena and within the mathematics community, and commentary of near-Talmudic proportions.  Math teachers, coaches, specialists, and supervisors have combed over the standards in minute detail, attempting to align their lessons, curricula and instruction, and decipher and decode the intentions of its authors. Teacher evaluation, student placement, and now, at least in New Jersey, high school graduation are all predicated on their mastery, as measured by the new PARCC and Smarter Balanced assessments.   Love them or hate them, their impact on the landscape of math education is undeniable, as a quick look around the exhibition room at the conference illustrated: 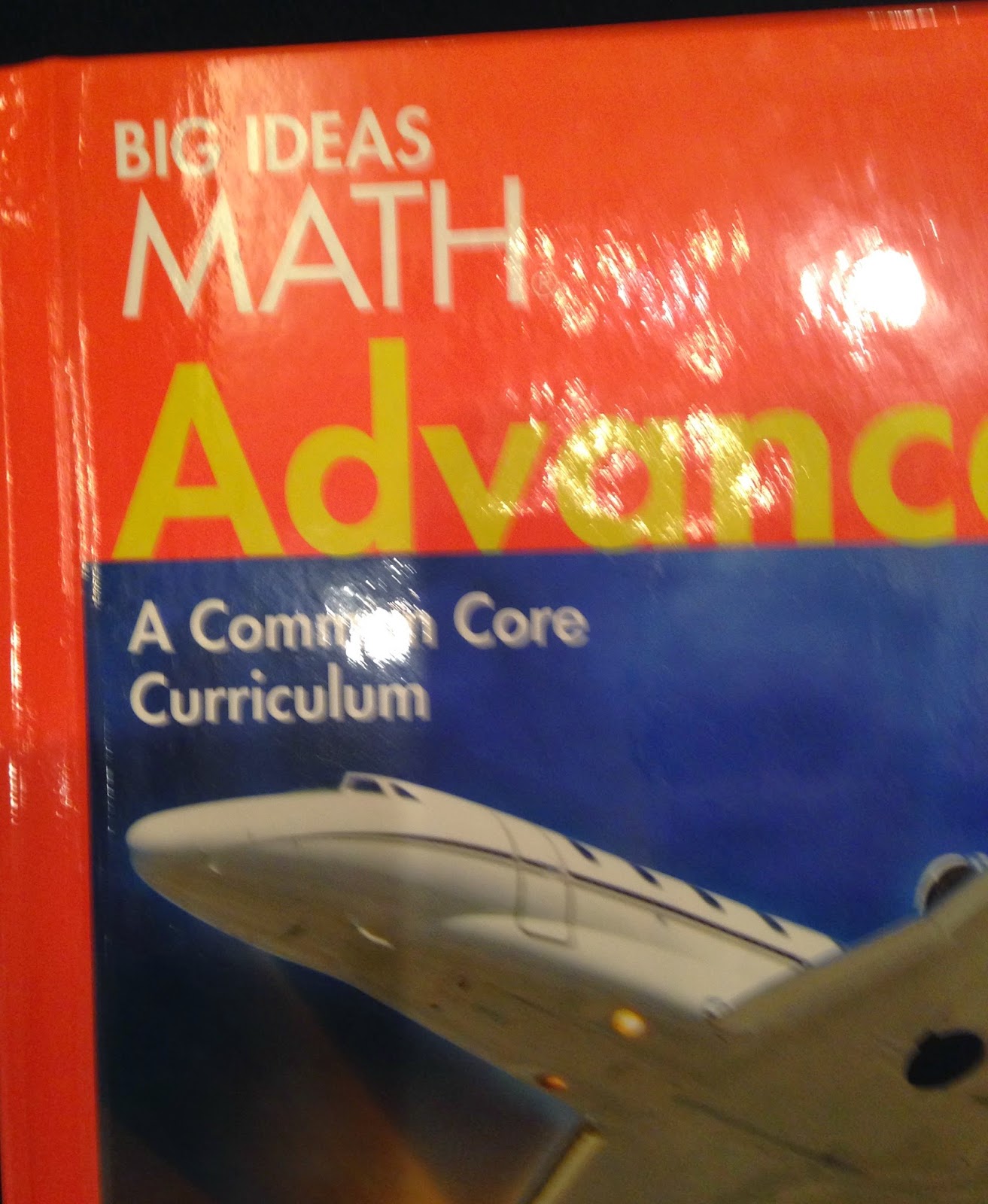 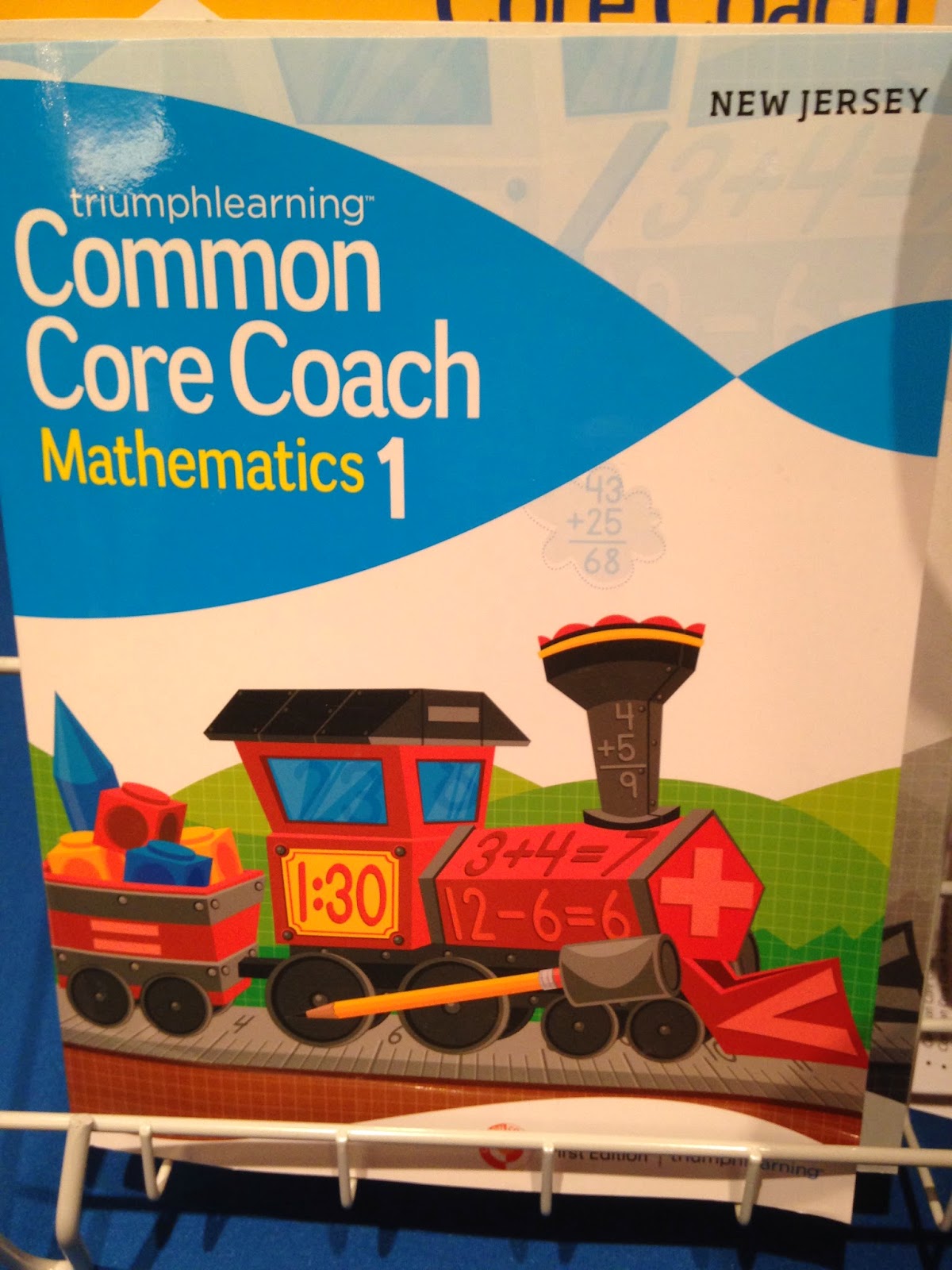 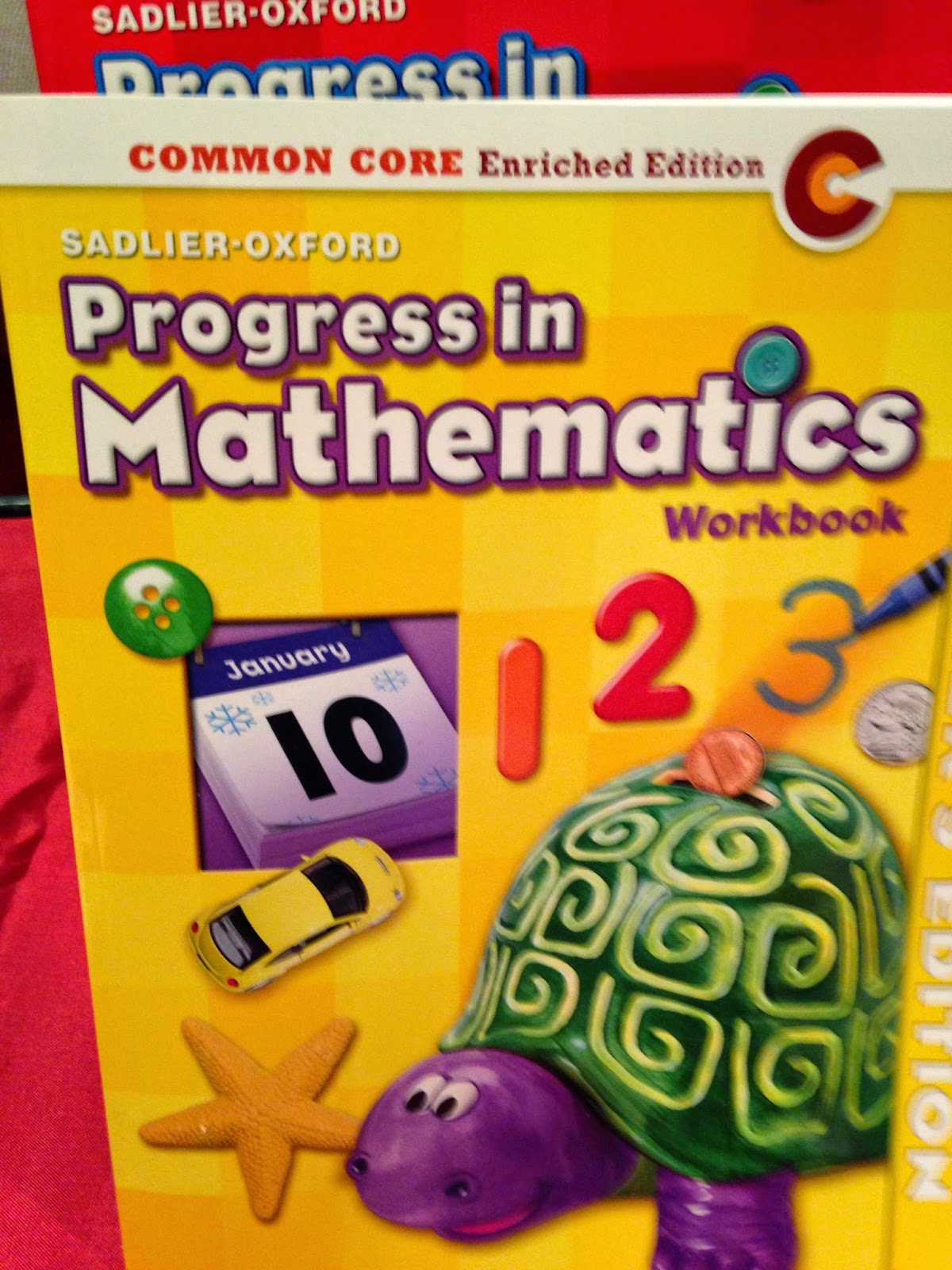 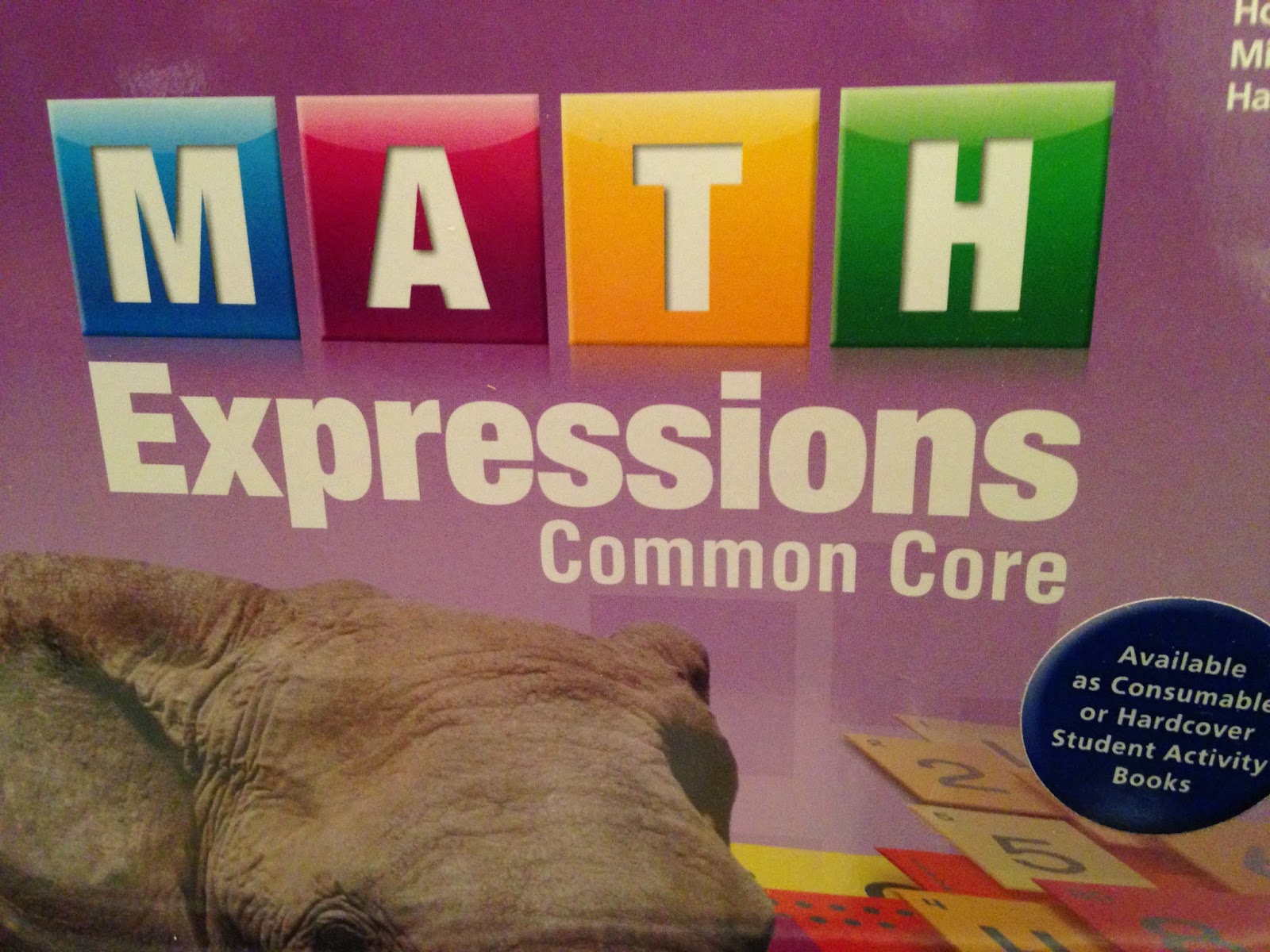 This is just a small sampling of what I saw.  I'll also add that half of the sessions at the conference had the words "common core" in their title or description.


I listened to both Phil and Bill give their presentations, looking for a window into the minds of the men who, intentionally or not, set so many wheels in motion.  And I couldn't help but wonder: When they sat down to write the standards, could they ever have imagined what would follow in their wake?


Posted by Joe Schwartz at 4:32 PM No comments: