Last month, on the Friday before our spring break, I borrowed Shannon's third grade class.  Inspired by the work both Simon Gregg and Steve Wyborney are doing with dot images...


This week's quick dotty image. How do you see it? pic.twitter.com/SasGGR8GSJ
— Simon Gregg (@Simon_Gregg) December 1, 2015


...I was anxious to see what would happen when our kids were presented with a similar task. I chose this potentially over-ambitious image from Amanda Bean's Amazing Dream, a book I had used as part of a Do the Math multiplication intervention:

We decided to start by modeling the activity with a simpler dot image.  I spent a few minutes playing around with Steve Wyborney's cut slides, and brought one into class for the kids to work on, asking them to figure out how many dots there were and record their thinking with some equations. First working independently... 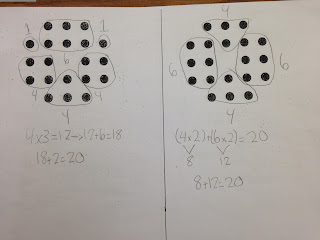 ...and then sharing out on the SmartBoard. 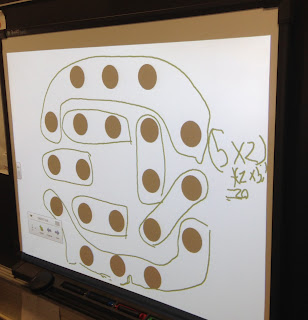 After this brief intro, we gave them copies of the image from the book, some blank paper, and told them to figure out how many bushes were in the picture.  They could work alone, or choose a partner.  Once they had done it, they were to take another copy and figure it out again, but in a different way, and see if they got the same answer.  If they had time, they could try it again.
What happened next was pretty amazing.  Right and wrong, neat and disorganized, straightforward and complex, in pencil and in marker, in rows and in columns; it was like we had turned on a fire hose.  Math started gushing out all over the place.  In fact, I don't think I've ever seen so much math happen in one place in such a short period of time: 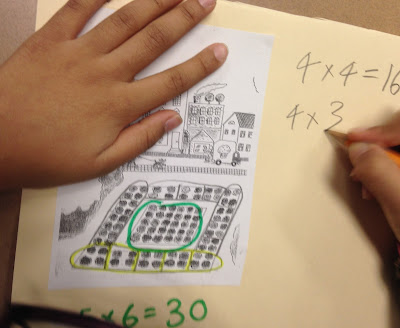 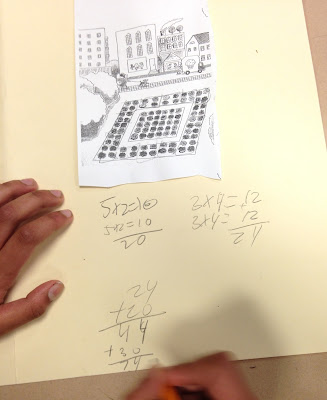 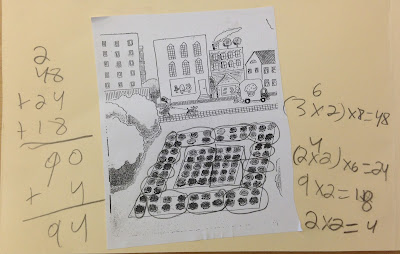 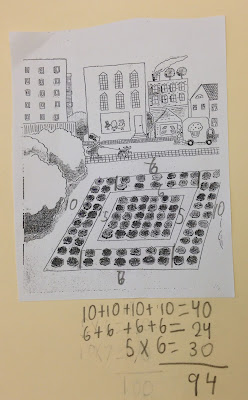 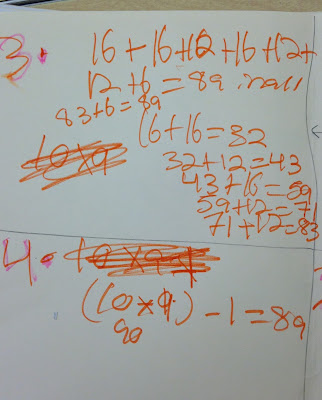 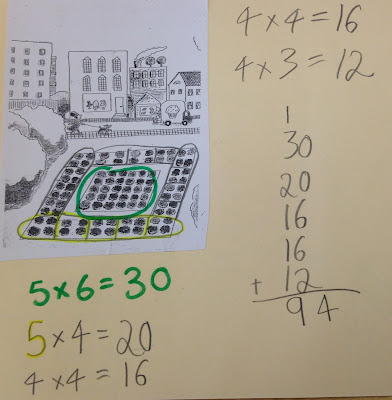 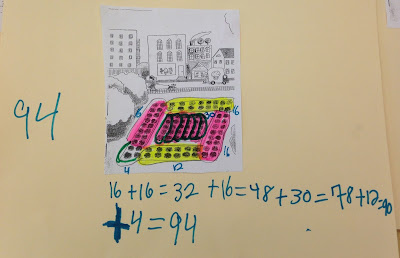 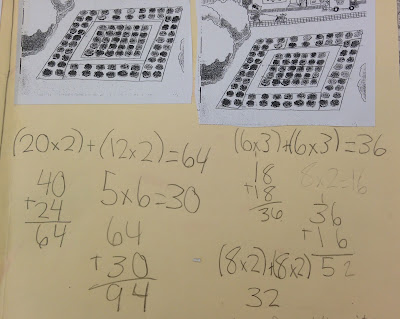 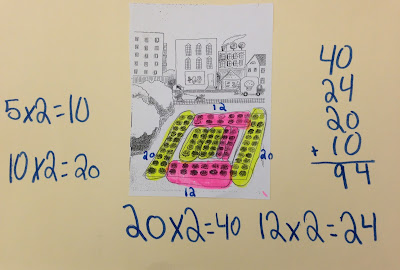 Shannon and I stood back and watched, offering feedback when asked.  The activity really hit the elusive sweet-spot: our high achievers loved the challenge of finding multiple ways to compose and express the total, while the strugglers enjoyed engaging with the picture (maybe they were just relieved it wasn't another word problem) and didn't seem to mind that the correct total was elusive.  The persistence level was off-the-chart.  The kids were so involved it was hard to get them to stop.
We closed by having some volunteers to share their work, and before leaving I asked the students to take a few moments to reflect on the experience.  Some selected comments: 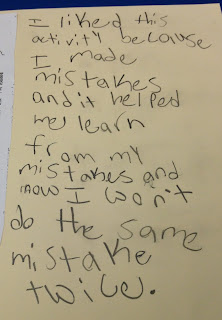 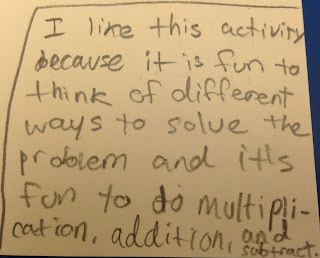 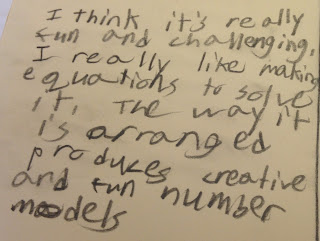 Sensing we had a winner on our hands, I spent some time over spring break creating more dot images (thanks again to Steve Wyborney), and Shannon has left them out for the kids to work on: 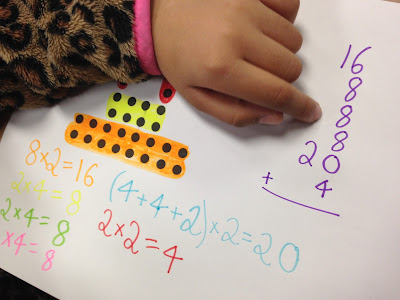