I suppose it was bound to happen.  After two years of covering other people's material, I finally made my own 3-Act.  The inspiration came from an unlikely place:

I felt it had the potential for a 3-Act task similar to Piggy Bank, except instead of finding out the number of coins in the bank, the kids would work on finding out how many packets of sugar and sweetener were in the basket.  And as a sequel, they could calculate how much sugar and sweetener there was.
I didn't have time to work it all out at the moment, so I took the basket back to our room. Teachers would have to go without sweetener for a while, but it was all in the name of math.  As I began to look at the packets, I realized they were all different brands: Dunkin' Donuts, Wawa, name brand, generic, etc.  I felt that for the task to work, each type would have to be the same.

Here's a picture of the packets in a pile: 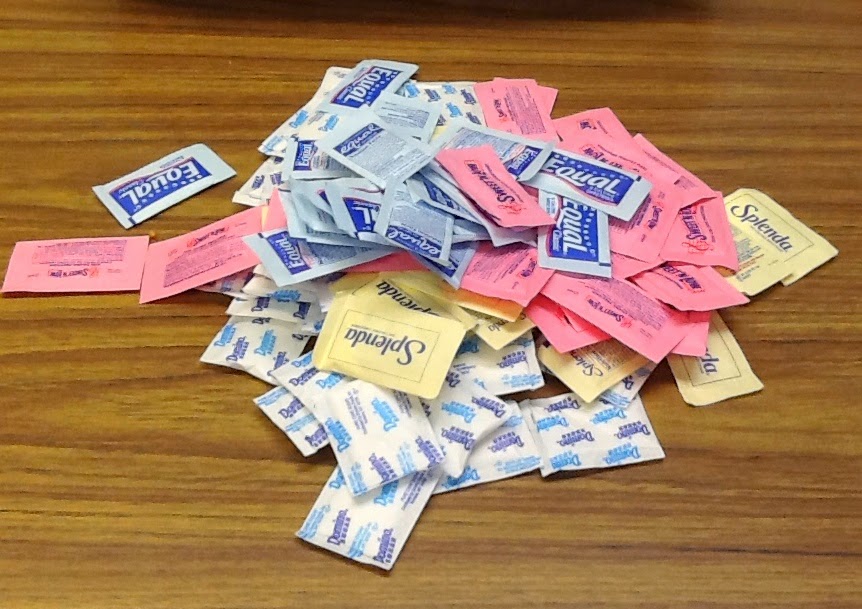 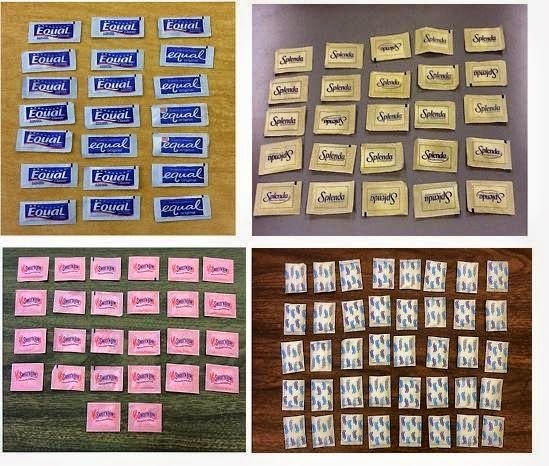 This move was informed by my experience with Piggy Bank.  During Act 2 a group in one class had asked to see, "All the coins laid out in a line."  What an interesting experience it would have been to watch the members of that group attempt to count 814 coins!  So rather then just give them the total number of each type of packet, I decided to make them work for it.  I also felt it would be a good way to reinforce arrays and multiplication.
As I worked the Piggy Bank 3-Act through the classes, I was surprised by how many requests I received for the dimensions of the bank.  I tried to anticipate this happening with the sugar 3-Act, so I took this picture just in case: 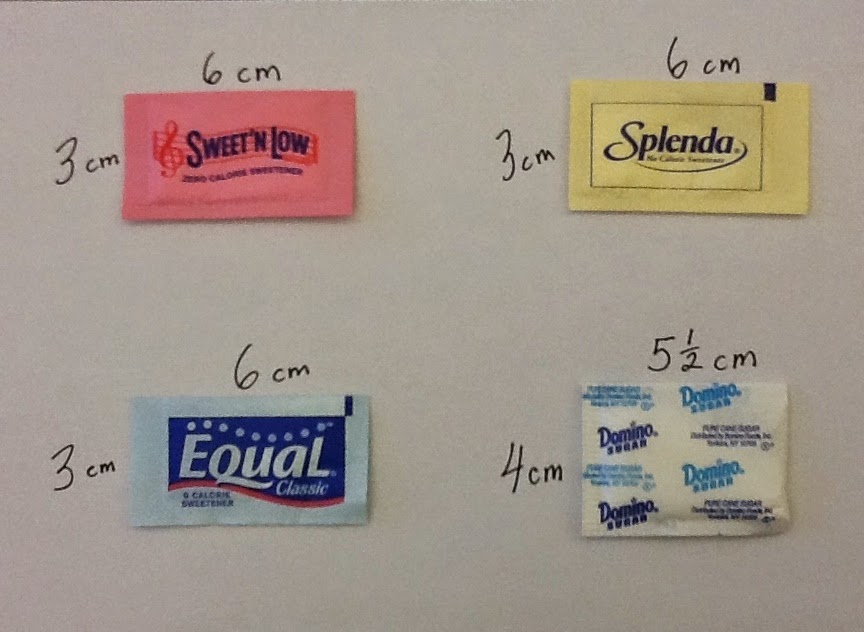 And for the sequel: 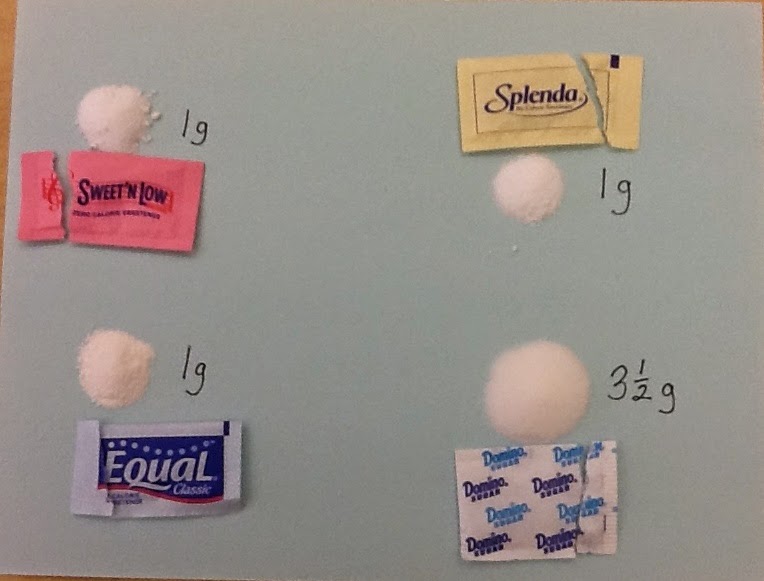 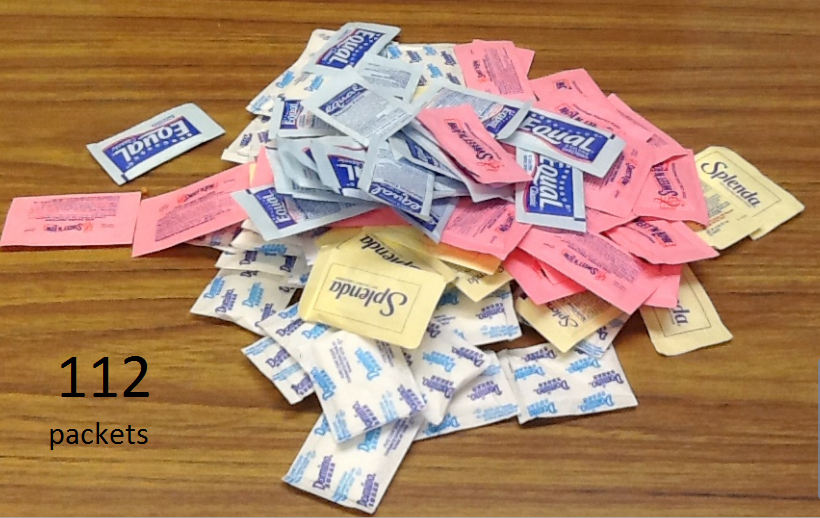 For the sequel reveal, I need to give credit to our district's videographer John McMenamin, who has helped give some of our videos a more professional feel.  Warning: Even with the time lapse, the video runs a little over 5 minutes.  For those unwilling to sit through it, a picture follows, although I think counting by 3 1/2 would make a good counting circle activity.

SugarREVEAL from Joe Schwartz on Vimeo.

Here's what I learned:

We've yet to spring this one on a class, so if you try it, please give us some feedback in the comments.