A number, I'm told, is like a Russian doll. This is because the quantity that a number represents contains the quantities represented by all preceding numbers.  This is called hierarchical inclusion, and its understanding is a very important stage in the number sense trajectory.  I thought I knew this.  But something happened recently that caused me to wonder: Do I really understand?

It started in fifth grade with a Fraction Talk: 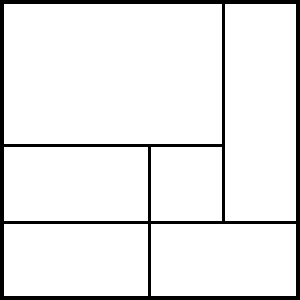 Two different attempts caught my eye, and I turned them into a notice and wonder activity: 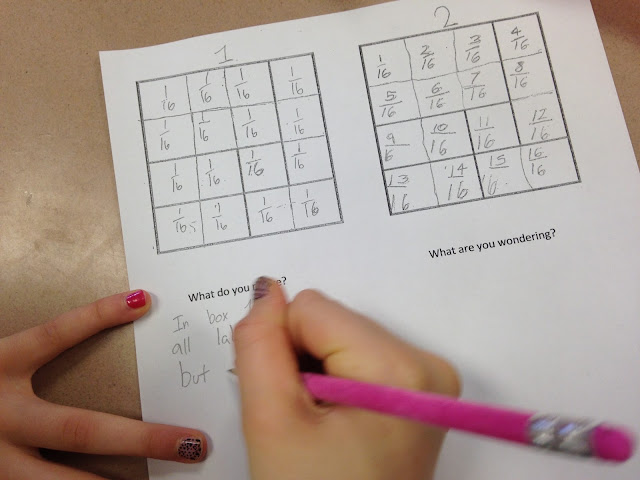 I was trying to draw out the idea that the first response, the one on the left, was correct because the student had accurately labeled each small square as one-sixteenth of the whole.  However in the second response, the small squares were labeled incorrectly.  That student was counting by sixteenths, labeling each successive square as if it included within it all the preceding squares.  Was that an example of hierarchical inclusion?  I went back to this picture, which has helped me understand the concept:

It certainly seemed the case, but then I noticed something in the caption that I hadn't really noticed before; that each cardinal number includes those that came before.  What about other kinds of numbers?  Wait a minute.  There are other kinds of numbers?
A quick search led me here, where I learned about three different kinds:

I realized that I already knew about ordinal numbers; nominal numbers were new to me.  So I started collecting numbers around my school and mentally trying to classify them.  Here's a sample of what I found:


I.
Nicole has her first graders count the days in school, and my first instinct is to call this a cardinal number.  Many primary teachers accumulate tokens, such as Popsicle sticks or unifix cubes to represent each successive day, suggesting that days are a set of things that can be counted.  However does each individual day include within it all preceding days?  Or do we get a fresh start each morning?  I don't know.  Here's Sarama and Clements, again in Early Childhood Mathematics Education Research, "When the topic of 'ordinality' is discussed, even by some researchers, it is often assumed that all ordinal notations must involve the terms 'first, second, third...' and so forth.  This is a limited view.   A person who is 'number 5' in a line is labeled by a word that is no less ordinal in its meaning because it is not expressed as 'fifth.' (p. 85)   So here Day 124 is the 124th day of school.  It is in position 124 of a sequential count of the days of school that started at 1 and will end at 180.
Conclusion: Ordinal.  Maybe cardinal.  Definitely not nominal. 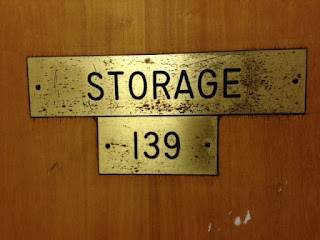 This storage room doesn't include within it all rooms numbered 1 through 139, and there's no reason why this specific room should be identified as the 139th in a sequence of rooms.  In fact, there are not even close to 139 rooms in my school.  139 here seems to function as a signifier or name for this particular room.
Conclusion: Nominal. 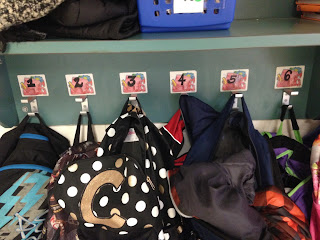 The hooks in Wendy's grade 3 classroom are in sequential order.   The polka-dot backpack is on hook number 3, or the third hook.  In one way it seems like the number 3 is also acting here as a name for that hook.  Can a number be both ordinal and nominal at the same time?
Conclusion: Ordinal.  Maybe nominal.  Definitely not cardinal. 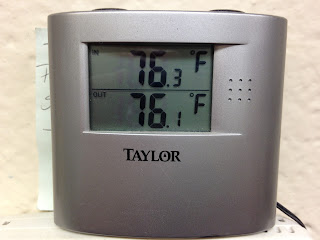 The thermostat in the office must be broken.  No way it was anywhere near 76 degrees.  Regardless, this number is definitely not nominal.  Thinking of the temperature as I would see it on a mercury thermometer...

...helped me see that the number of degrees did include within it all preceding temperatures.  So did this, which I recorded one night testing my chicken pot pie:

thermometer from Joe Schwartz on Vimeo. 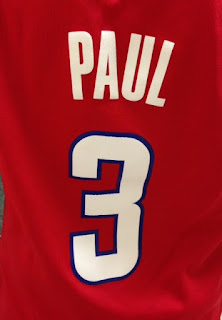 The back of a fourth grader's basketball jersey.  We're not counting or ordering anything here.  The number 3 is just identifying Clippers point guard Chris Paul.  Maybe Paul picked it because it was his favorite number.  Maybe he wanted another number but it was already taken.  Anyway, the student sporting his jersey isn't even a Clippers fan.  He likes the Cavs.  Front runner!
Conclusion: Nominal.

This is how the kindergartners in Kelly's room keep track of who's in school.  This one was easy.
Conclusion: Cardinal. 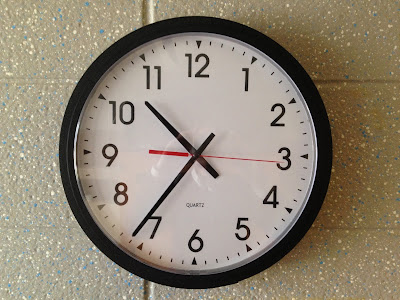 
Time present and time past


Are both perhaps present in time future


And time future contained in time past. 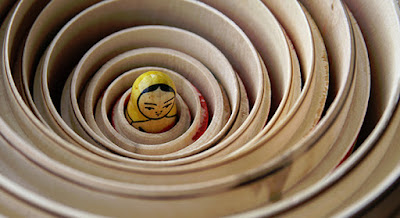 Sarama and Clements cite research indicating that, "It is not until age nine that most master the hierarchical inclusion relationship."  (ECMER, p. 339)   If I did master the relationship way back when, then I guess my path through the world of number sense is more like an orbit than a trajectory.  It's taken me 46 years, but I've circled back around to find that numbers, for me, remain enigmatic and mysterious, in need of continued and constant rediscovery.