I see this in many classes I visit:


Back when I was in teacher school we called this a "sponge activity".  You might call it a "do now". Either way, it's meant to be something kids can work on for a few minutes as they transition into math class.  Teachers have it up on the board, and the kids copy it down in their math notebooks. Maybe it's a skill review, maybe the introduction to a lesson, maybe something to keep the kids occupied while the teacher gathers his thoughts and plans together.  Whatever it is, it has to go away.


I confess to having used these on a regular basis when I was a classroom teacher.  But stepping back now as an observer, I have come to the conclusion that we must re-imagine what a Math Message can and should be.
Last year the fourth grade teachers agreed to scrap the traditional Math Message in favor of daily estimation180 tasks, something I've blogged about repeatedly (here, here, and here for example).  Theresa and I encouraged the third grade teachers to replace their traditional Math Message once a week with estimation180 tasks, some of which were created and produced by the fourth graders.  We even got the fifth graders into the act, with tasks from the estimation180 site along with ones Theresa and I created to tie into the curriculum, including a series on volume:

volume1movie from Joe Schwartz on Vimeo.


and another starring a balance scale:

1marker from Joe Schwartz on Vimeo.


While we were happy with the results, we felt that this year we needed to expand the repertoire.  So we've started to experiment with two new "do now" tasks in the hopes that we can add them into the Math Message rotation.  Neither are revolutionary, but we feel they represent a vast improvement over what they're replacing.
The first is "Always, Sometimes, Never".  Here's one Rich and I tried out:

The kids got to work in their notebooks, and while they may not be so great at explaining, defending, or proving their positions yet, we do see levels of engagement, thinking, and excitement that we rarely see during the traditional Math Message.
Many students felt it was "always", though several students did mention decimals, one brought up negative numbers, and, "Is 003 a 3-digit number?" was a question that got lots of debate.  One student even tried to rewrite the statement to make it Always True.  It was a mathematically rich and engaging 5-7 minutes, it reinforced concepts we're teaching this unit (and that we revisited during our mid-workshop interruption when we looked at the problem 8.4 - 5.73), and completely blew the doors off finding out how many days older Amy is than Bob.
The second is to ask the kids to do some noticing and wondering.   I tried this out in second grade, when I used the technique to introduce a game.  I've encouraged teachers to use 101qs as a source of interesting pictures that can inspire kids to notice and wonder.  And it wouldn't require much work to turn this: 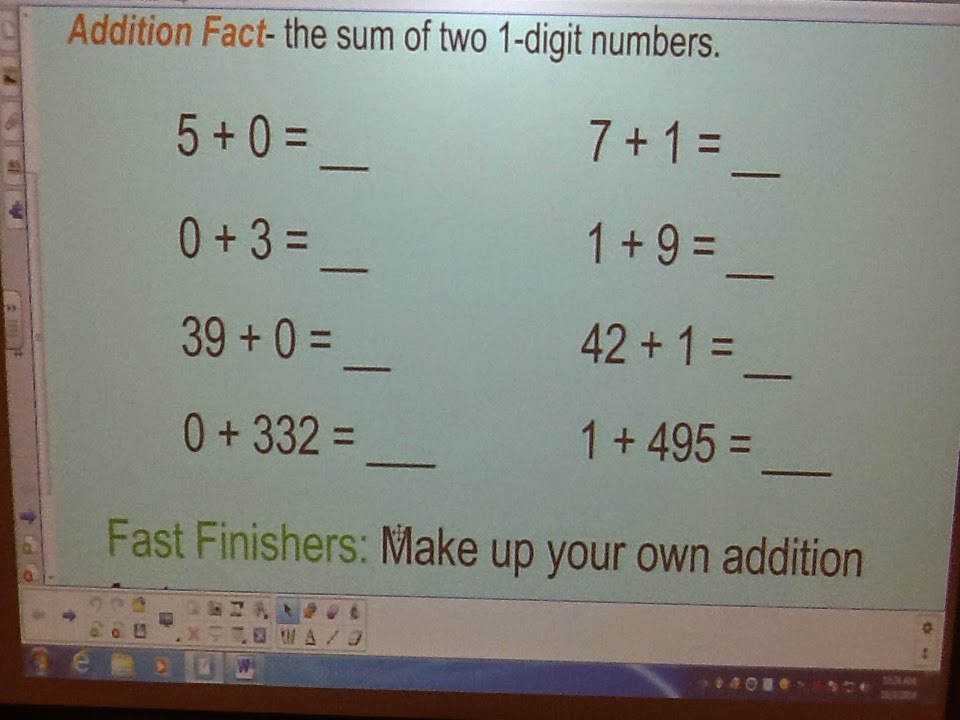 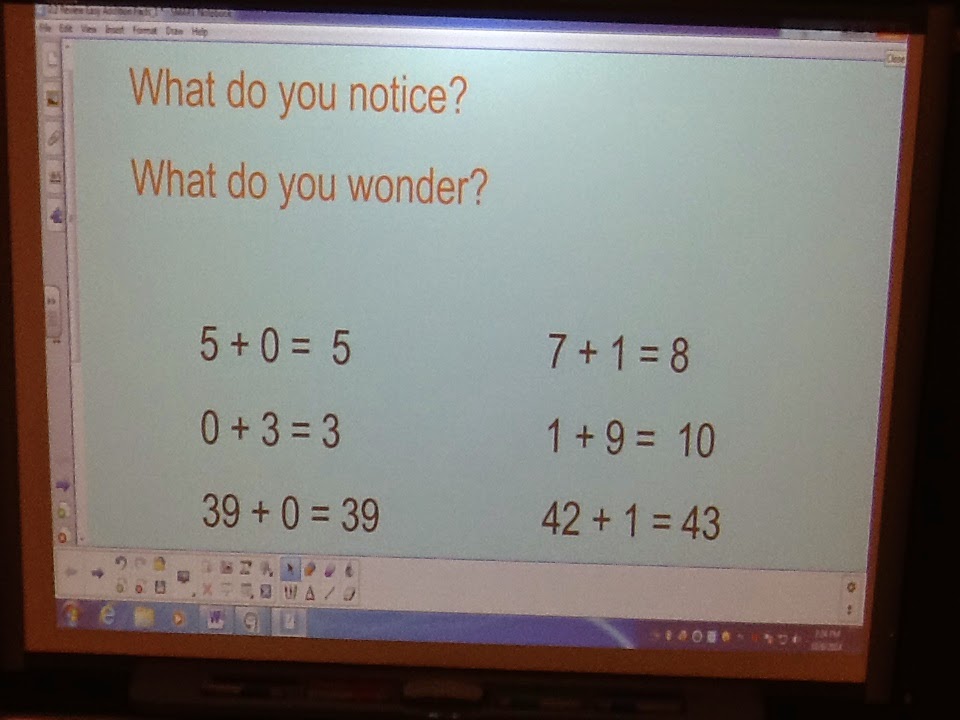 What conversations might this Math Message provoke?  What type of thinking might it inspire?  We don't need to use our imaginations.  We just need to go forth and give it a try.