And Then They Came For the Statisticians

ORLANDO, Fla. (AP) -- The world's largest statisticians group added to a chorus of criticism this week against the recent hiring of two political appointees at the U.S. Census Bureau.  The American Statistical Association says the appointments earlier this week of Nathan Cogley and Adam Korzeniewski to top posts even though they have little experience at the agency "are in direct conflict with the bureau's mission to ensure proper, accurate, and timely delivery of statistical information to the public." Cogley is a political science professor who wrote a series of opinion pieces against the impeachment of Donald Trump.  Korzeniewski is a former campaign consultant to the pro-Trump YouTube personality known as "Joey Salads."

...the suppression of its findings and the murder of those who organized it was nothing less than the obliteration of the capacity for self-analysis.  An authoritarian society, however, that is unable to form an idea of itself, whatever social engineering its leadership may have in mind, is doomed to the blind exercise of state violence.

Karl Schlögel
Moscow 1937
*
For one 24 hour period, from midnight January 6, 1937 to the following midnight, life in the entire breadth of the Soviet Union, one-sixth of the world, came to a stop.  On that day, after weeks of extensive training, one million enumerators (census takers) with a list of fourteen questions spread out over the entire country.  Their mission was to collect the information that, when analyzed and pieced together, would form a detailed picture of what Soviet society looked like twenty years after the Bolshevik Revolution.  The enumerators knocked on the doors of apartment blocks in Moscow, skied across the Arctic tundra to remote villages, and rode with passengers on the Trans-Siberian Express.  As Karl Schlögel describes in his book Moscow 1937:

Whether in the cities or on a river steamer, in a yurt in Kazakhstan or in a hotel in Leningrad... from different districts of the capital, from the capitals of the republics, from Kiev, from Ashbagat, from the Taiga and the Pacific ports, from the newly built suburbs.  The armada of enumerators ...not only penetrated the furthest corners of the Soviet Union; it systematically explored the social landscape...(and) discovered a Soviet Union in miniature.

They're very well equipped to advance political interests, especially those of the Republican Party.  That's their background and their career goals.  It's unprecedented for two political appointees to be added to the bureau in the middle of a census count in the recent history of the Census Bureau.

What influence will they exert on the counting and reporting of the census figures?  Will they be guided by best statistical and demographic practices?  Do they even know (or care) what those practices are?  Were they put there to do the bidding of the administration that appointed them?  Will the final census be an accurate reflection of America in the year 2020?  And if it isn't, will we even know?
*
All this is to say that our community has a very important role to play.  Math helps build the models, math looks at the data, math runs the statistical analysis.  It's our job to call bullshit when we see it...

Inspired by recent tweets from @Zakchamp and @K_Larsen_Teach, I am now collecting TURDs (truly unfortunate representations of data) for a “Fix That Graph” unit. Please deposit your submissions in the comments below 👇#MTBoS #iteachmath pic.twitter.com/RsDXsgjrqt

...and it's our job to give our students not only the tools they need to be discriminating and critical consumers of information, but the confidence to use their voices to speak out when they see data being used to deliberately manipulate and confuse; whether it's related to:
something as innocuous, like how many people attend an inauguration,
something important, like a census count,
something serious, like the death toll from the coronavirus, or
something that threatens the very existence of life on the planet, like climate change.
So whether you're in kindergarten teaching kids how to count with one-to one correspondence or in high school teaching AP Stats, or anywhere else above, below, in between or sideways, please keep your shoulder to the wheel. 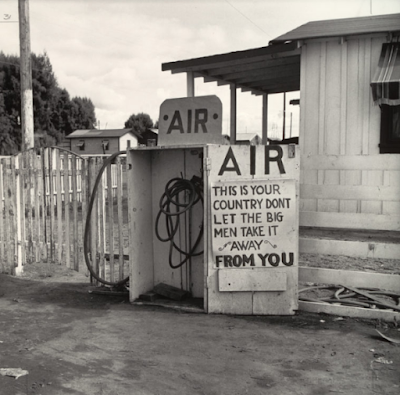