My Continuing Battle With 3.MD.B.4

Captain Ahab had Moby Dick. Wile E. Coyote's got Road Runner.  I have 3.MD.B.4.  Teaching kids how to measure to the nearest quarter inch bedeviled me as a grade 3 teacher, and has continued to do so in my role as math specialist.  Recently I described our attempts to tame this unruly standard, and while I was pleased with the results, I felt we needed to look for more ways to attack this beast.  My latest inspiration came from an unlikely source:

The game was familiar.  This past summer, at the Middlesex Math-Science Partnership program at Middlesex County Community College, Dr. Milou had challenged us, playing from 1-20.  He took great pleasure in trouncing all combatants, one after another, until someone in the group figured out the winning strategy.


I asked Jen if I could use her class to experiment, and she agreed.  First, I taught the kids how to play a basic game, with the first player saying either the number 1 or the numbers 1 and 2, and the players then alternating the count by one or two numbers in sequence from where the other player left off, with the player saying 20 the winner.  I channeled Dr. Milou, beat everyone in class, and left the defeated third graders with the assignment to play the game with each other whenever they could.
When I came back the following week, they were excited to tell me that they had figured out the strategy: the player who can say 17 is assured of winning.  They hadn't gotten any further, but it was a start, and I urged them to continue playing.  In the meantime, I explained that I had a different game to teach them.  I explained the "fraction variation": same rules, but instead of using whole numbers and counting from 1 to 20, we were going to count by 1/4s from 1 to 5.

Jen reported that the kids liked this game, and when I did an item analysis on the unit assessment I was pleased:

But 3.MD.B.4 never sleeps, and I knew we couldn't rest on our laurels.  The conceptual groundwork we were developing here would only help the kids as they moved into the more complex measurement and fraction standards awaiting them in the upper grades.

My hope is that, if they play enough, the kids can start to notice certain patterns: that the whole numbers live on the longest lines, the 1/4 and 3/4 on the shortest, the 2/4 right in between.  (And I would like to transition the kids to writing 1/2 instead of 2/4, although this is a good way to reinforce these equivalent fractions.)
My hope is to avoid Captain Ahab's fate, and one day vanquish 3.MD.B.4 once and for all.  So... what's your white whale? 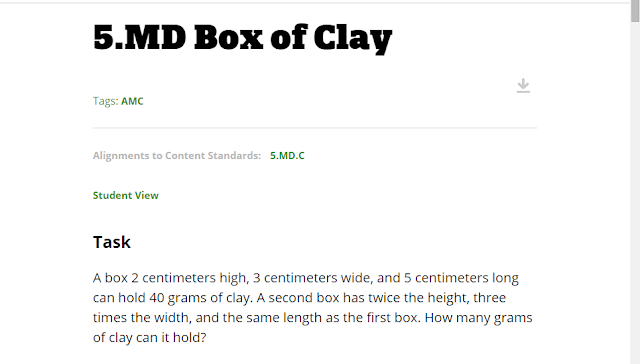 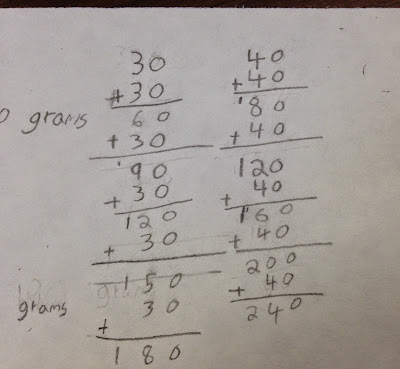 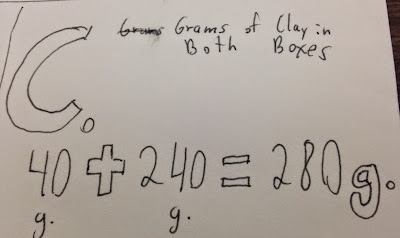 Several years after I first started teaching, an administrator encouraged me to go back to school and earn a post-graduate degree.  I was young and single, he explained, and with no other major responsibilities besides my teaching position, going back to school would never be easier.  I took his advice, enrolled in the Graduate School of Education at Rutgers University, and took the first steps in earning a Master's Degree in Elementary Ed.
I was allowed one elective, and I chose 20th Century British Fiction, taught by Dr. George Kearns.  This was the primary reason:


I will never forget that first class period.  It didn't take long before my excitement turned to anxiety and fear.  As a grad student, I was in a small seminar with other grad students.  But this class was not an elective for them; they were pursuing advanced degrees in the field of literature, and their knowledge far eclipsed mine. Words I had never heard of, like deconstruction and semiotics, and unfamiliar names, like Derrida and deMan, were being thrown around at a rapid clip.  At times I felt like I was listening to a foreign language.  The professor, Dr. Kearns, seemed likable enough, but at some point during that first class I decided that I was in over my head and would need to talk to him about dropping the class.
Alone in the room with him after all the students had left, I expressed my concerns.  I will never forget what he said.
"You like to read books, right?" he asked.
"Yes," I replied.
"And you have thoughts about what you read."
"Yes."
He smiled, and said reassuringly, "That's all you need.  You'll be just fine.  See you next week."
Dr. Kearns turned out to be one of the best teachers I ever had.  He led us all through Joyce, as well as Beckett, Forster, Woolf, Lawrence, Lessing, Henry Green, and Elizabeth Bowen with humor, grace, and profound insight.  He valued everyone's opinion, mine included.  With his encouragement, I overcame my sense of intimidation, and became a regular contributor to class discussions.  And talk about feedback:

This meant a lot to me:


Looking for a picture of him to accompany this post, I was saddened to learn that he had passed away in September of 2010 at the age of 82.  His obituary described him as, "An inspirational teacher, whose brilliant mind, dry wit, and immense learning were informed by great kindness."  That's exactly how I knew him.  I was one of perhaps thousands of students who had sat in his classes, and I am quite certain that he would not have remembered me.  But I remember him.  And on Teacher Appreciation Week 2015 I'd like to say: thank you Dr. Kearns.