ball don't lie
A phrase commonly used by former professional basketball player Rasheed Wallace; once famously yelled by the late coach Flip Saunders.
"Ball don't lie" is said when a player misses one, two or all three of his free throws after a questionable (read as: unwarranted) foul call is made by an official. The ball is, essentially, the unbiased judge who will not reward the player by going in if the apparent foul was indeed unwarranted.
Recently I visited a fourth grade classroom where the teacher was conducting a lesson on comparing fractions.  She explained that the task would be made much easier if the fractions in question had common denominators, and she was reviewing the method they were to use: 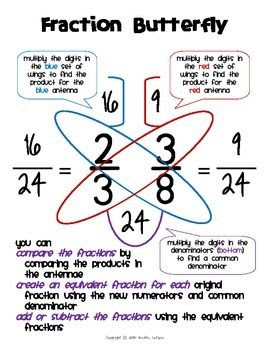 After several worked examples, the students were divided into two groups.  One group was directed to work on Chromebooks.  Their task was to look at two fractions written side by side and choose a comparison symbol from a drop down menu to make the expression true.  The second group had a similar task.  They were sent to a table with a stack of laminated cards.  Each card had two fractions with a blank box between them.  They were asked to copy the fractions onto a worksheet and select the correct comparison symbol.
After giving the kids a few minutes to settle in, I started to circulate.  I happened upon a student working on a Chromebook.  The screen displayed two fractions, 7/8 and 3/4.  She had selected the correct sign and was ready to click to the next screen when I asked her to take a minute to explain how she arrived at her answer.  That's when she pulled a whiteboard from her lap.

I decided to leave the multiplication error aside and press her understanding a little.  I wanted to see of she could compare the fractions by using 1 as a benchmark.

I decided to try another line of reasoning.

Me: Let's look back at 7/8.  You said that eight eighths makes one whole.  So is 7/8 less
than, more than, or equal to a whole?
Student: Less.
Me: What about twenty-eighths?  How many of those would make one whole?
Student: Twenty-eight.
Me: (pointing to the 7/8 and 28/28) So then these two fractions are equal?
Student: Yes.  See?  I did the butterfly multiplication.

Leaving the student to continue her work in peace, I crouched down next to a student looking at a card with the fractions 4/6 and 8/18.  He had implemented the butterfly method, and written the expression 72/108 > 48/108 on his worksheet, and was ready to move on to the next card.  Not so fast.  I wanted to see if he could compare them using 1/2 as a benchmark.

Me: Nice!  You did some fancy multiplication there!
Student: (no response)
Me: I want to talk about these fractions for a minute. Let's look at 4/6.  Is that more or less
than 1/2?
Student: (silence)
Me: Well do you know how many sixths you'd need to make 1/2?
Student: (more silence)
Me: (picking up a nearby pencil) Well, say I drew a rectangle and divided it into sixths... 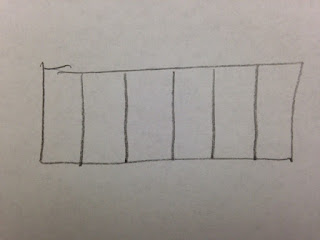 Me: ...Could you color in half the rectangle? 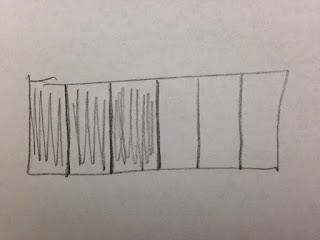 Me: Great!  Now how much of the rectangle is colored in?
Student: Three thirds?
Me: Carry on.

A teacher, looking at the Chromebook data and the turned in worksheet, might conclude that both students have a firm grasp of the relative size of fractions.  Like the basketball referee making the questionable call, he sees what he sees.  But the truth about what these students understand about fractions won't be found in the colorful charts and impressive graphs generated by the computer program.  And it's not on the worksheet.  So where is it?  Sometimes the truth is on a whiteboard. Sometimes it's scribbled in the margin.  Sometimes it's written on a piece of scrap paper, and if you look hard, sometimes you can even see it in the faint trace left after it's been erased.  The truth is in the minds of our students, sometimes out in the open, sometimes hiding in a dusty corner. That's where we need to look.  So let's keep our eyes on the ball, because ball don't lie.